Covid-19 Update: We are fully operational. Find out how we can help you now…

RPL for Women at the Top

Zoe’s story is a great example of the advanced level of skill and ability that is accumulated through vocational experience rather than study. It is also a case study on the importance of having these capabilities formalised by nationally recognised qualifications through the process of RPL.

In the following, Zoe shares a summary of how she got to where she is now, what it’s like being a woman working in predominantly male organisations, the importance of personal and corporate values being aligned, and what having her skills and experience recognised in formal qualifications has meant for her career and sense of self-worth. 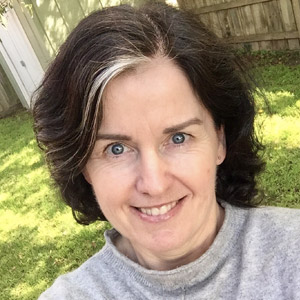 Like many of us, Zoe’s career evolved from one opportunity to the next. Along the way she discovered her strengths, and how her aptitudes could best support her employers and the clients they served.

After deciding nursing was not for her, Zoe spent some time travelling the world and ended up working in the USA for the County Sheriff’s Office in administration and finance.

Zoe quickly demonstrated a natural skill in investigations, evidentiary analysis, and process mapping, and was hand-picked to receive investigation training with the Oklahoma State Bureau of Investigations.

Self-confessed “strategic thinker” Zoe, says the training ticked all her boxes. She had found her niche.

Back on home soil, with some strong experience under her belt, Zoe scored a position with a manufacturer and distributor of major toy lines including the likes of Disney, Hasbro and Mattel. Zoe was responsible for quality systems investigation and assistant accountant to the Finance Director.

From there Zoe was poached to work with another manufacturer and engineering designer and was quickly promoted to Head of Quality and took the company through to ISO9001 Quality Assurance certification.

In the nine years she spent working for the company they became so profitable that they were eventually bought by a bigger player. At this point Zoe says she had “maxed out” her career – short of becoming MD or CEO (which did not appeal).

Yin and Yang – A Woman in a Man’s World

Zoe admits she has often been the only woman in the room in her strategic analysis and investigation roles. We wondered what it’s been like for her?

“Personally, I prefer to work with men on a day to day basis. That’s not to say that I don’t enjoy working with women, however I am at my best when I am working one-on-one with a male, because we balance each other out. Men see where they want to be, and that’s where they aim. When you partner a woman with a man of that caliber, women bring the details. We bring in the ‘that’s great, but have you considered x?’”

Zoe’s balanced yin and yang approach to business has no doubt been part of the reason she’s been able to advance to the top of her career.

Perhaps you are wondering what qualifications Zoe possessed in order to get to such a high level in her career? An MBA perhaps?

Wrong. Zoe had completed a Diploma of Quality Auditing and Integrated Risk along the way – which was more just to prove what she already knew than to actually learn new skills (that she already possessed) – if only she’d known about RPL back then!

So one diploma at CEO level! Zoe is a great example of the power of vocational education. Study is certainly not the only path to knowledge, which many of our wonderfully talented Alumni can attest to.

BUT…. Formal qualifications are still (and will most likely always be) the benchmark any employer is going to measure you up against.

Unfortunately, skills and experience alone generally won’t be enough to get your foot in the door with a new employer – unless you’re willing to work and be paid far below what you’re actually worth.

And let’s face it, not one of us works year after year to be taken for granted, overlooked or underpaid – We must make the most of what we know, what we’ve done and what we can do. We have to go in and bat for ourselves – always.

Which is what brought Zoe to Churchill Education.

Zoe converted her experience into qualifications through RPL

Zoe says she was chatting with a very close friend and work colleague (also a Churchill client) who asked her, “how are you off for all your bits of paper?” He then went on to tell her about “this mob called Churchill” and suggested she get in touch.

From there she started speaking with Skills Recognition Advisor – Kelly who let Zoe know what evidence she would need, in order to check her eligibility. Zoe uploaded the requested evidence via our secure RPL Evidence Portfolio, and then Kelly “worked her magic” and advised Zoe she was eligible for:

What’s Next for Zoe?

Although Zoe is in a challenging and rewarding position with Wesfarmers, she says she feels she has so much more to give.

Of course our next question was, what is she looking for?

Zoe says when she’s ready to move on to the next chapter she’ll be looking for an organisation that is aligned with her values of respect, integrity and accountability. An organisation with bold leaders who aren’t afraid to make “ballsy decisions, stand by them, and be willing to accept failure then move on.”

And most importantly she says she wants to be part of a business that values its people.

“I think too many people are elevated into positions of leadership and it’s all about them – their own Everests. They’re not there to truly serve the individuals that are going to drive sustainable success. If you look after your people, your people will look after your business. Leaders are there to provide the resources in order for people to get out there and do what they need to do, and do it well.”

As Zoe contemplates her next move she says she feels her qualifications have given her greater confidence in her abilities and self-worth.

“The opportunities are still the same, but I’m looking at them differently because last week I was looking without the formal credentials; this week I have them. My knowledge hasn’t changed, but my perception has.”

Zoe also says she feels having these qualifications will diminish the ageism she may encounter.

When it comes to gaining qualifications through RPL, what does Zoe have to say to others with years of experience not recognised by formal qualifications?

With the current volatility and competition in the market, you can’t afford not have that piece of paper. If you can’t afford to pay for it up front, you can pay it in instalments. Do whatever you need to, but just do it!”

We totally agree Zoe! If you have years of experience under your belt but don’t have the qualifications to show what you know, get in touch.