General Manager Glenn Brearey recently achieved one of our top qualifications – the Graduate Diploma of Strategic Leadership. In the following story Glenn discusses leaving school at 16, working his way up the ranks, and how being diagnosed with and learning to channel attention deficit hyperactivity disorder (ADHD) has become his career superpower. 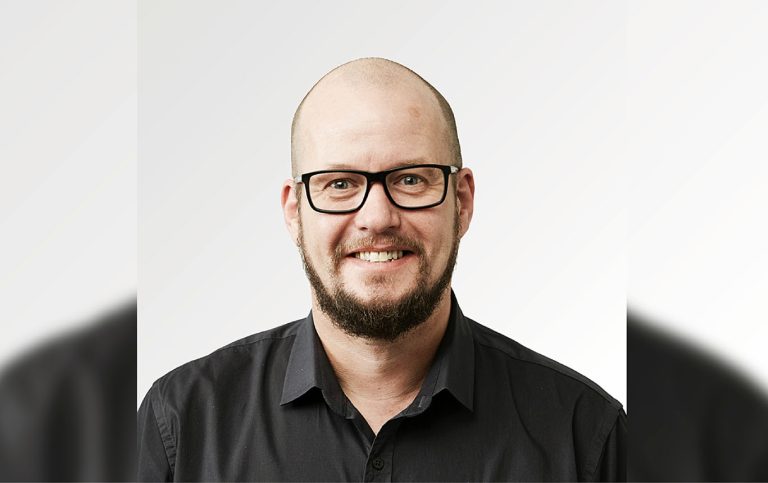 Listen to this article on our podcast, The Churchill Education Experience!

Glenn left school at 16 to start an apprenticeship as a toolmaker in plastic injection molding. Unfortunately, as automotive manufacturing increasingly moved offshore it became a dying trade. He then moved into CNC machining and design.

“The pivotal point in my career was working with a guy called Grant Tinney. He’s an entrepreneur who owns a group of engineering companies. He sat me down and asked me what I wanted to do and where I wanted to be,” Glenn said.

That conversation inspired him to map out a career plan.

Glenn worked there for five years, then moved to Perth to work for Sandvik Mining and Construction as their Operations Manager.

“Because of the dying automotive industry, Adelaide had really gone downhill, and I couldn’t see much of a future for my kids there. So my wife and I loaded up the car and off we went,” he said.

Glenn worked with Sandvik for the next four years, setting up their China facility and looking after the manufacturing plant in Perth.

After that, Glenn was promoted to General Manager for Orontide.

Three years later he moved to his current position as General Manager for Schlam – engineers and manufacturers of mining equipment.

Glenn was diagnosed with ADHD in his adult life. A big reason for leaving school at 16 was due to being labelled a ‘naughty kid’. Receiving this diagnosis explained a lot…

“I got bored with the pace (of school), I’m very high energy. I’ve got energy to burn, so I get easily distracted and can’t focus. Now I’m a bit older, I’ve been on medication for a number of years, and I’ve learned how to channel my energy.

It’s a bit of a gift to be honest, because I can smash work out like nobody’s business now!”

Glenn’s Three Tips for Turning ADHD into a Superpower

Glenn found Churchill Education on LinkedIn. He read through a couple of stories we’ve shared of other recognition of prior learning graduates and decided to find out more.

“I called and spoke to Amanda. I explained what I’m doing and why I’m doing it, and then thought, yep, she sounds like a good person to work with. Let’s see what happens from here.”

The Recognition of Prior Learning Process

“It was pretty straightforward, because I was sent a list of the work examples and subject material I needed to provide as evidence to match the qualification criteria.

Then I portioned it all up into the different parts, then started going through some of the stuff I had. I had a couple of questions that I went back to Amanda with. I found it straightforward. I had it done and back to her in three or four days.”

“Well, my wife always says to me, ‘You’ve got two ears and one mouth,’ just to get me to shut up, to be honest… I tend to waffle a lot.

When Amanda called me to let me know, I was actually speechless! That’s saying a lot for me!”

Like many of the talented people who come to us for recognition of prior learning, Glenn’s experience comes predominantly from The School of Life.

Some people are visual learners, some learn through listening. We are all different.

The goal is learning what approach suits you best and playing to your strengths.

Recognition of prior learning is powerful because it captures the expertise you learnt on the job and from life, not from sitting in a classroom.

General Manager Glenn said, “If you’ve done an apprenticeship or started at the bottom of the rung, you can relate to and communicate with people in different positions… I think it’s the best way to come up, to be honest.”

Glenn’s Advice for others educated in The School of life

“If you’ve worked your way up through your career, get some form of recognition for it. You may never get asked for it in an interview, but it’s something to be proud of. It may just be a piece of paper with a signature on it, but it means a lot. It recognises the skillset you’ve worked hard for over the years.”

What’s next for Glenn?

Next on the agenda for Glenn and his ADHD superpower is completing an MBA, which his Graduate Diploma will give him credit towards – translating to big savings in time and money.

He’s also in the process of writing a book about ADHD and career success.

Not bad for a ‘naughty kid’ hey!