MAKE THE MOST OF YOUR EXPERIENCEBook A Free Assessment
HomeBlogCareer Transition: Bravery is Admitting Enough is Enough

Career Transition: Bravery is admitting enough is enough / Former police sergeant and recipient of two Bravery Medals, two Medal of Valour nominations, and a range of other awards, Peter* recently achieved two advanced diplomas through Recognition of Prior Learning (RPL). In the following story Peter takes us through his career journey, life-threatening experiences and finally getting support to work through PTSD and make a career change. He also discusses the satisfaction of having all his experience recognised through RPL, to go from diploma to advanced diploma level. 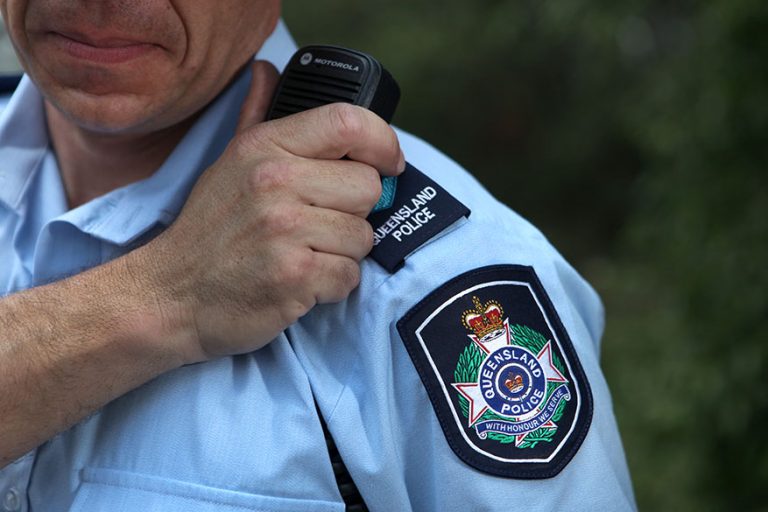 Listen to this story on our podcast

Peter joined the police when he was 18. There was a big recruitment drive at the time for police to enrol and do tertiary study at the same time. Training was a 12-month process at the police academy, with six months committed to studying the Advanced Certificate in Policing at the Queensland University of Technology and the remaining six months focused on policing skills.

After graduating, Peter was posted to the Mareeba, 2,000kms away.

Peter, who had come from a big family initially found it isolating and intimidating to be so far from home at the tender age of 19. But he found his feet and fell in love with the beautiful Atherton Tablelands.

Peter ended up staying in Atherton for more than six years. “I was given a lot of opportunities there; relieving in the criminal investigation branch, some drug squad work, and working in small stations where I was relieving as the officer in charge. Relieving as a senior constable gave me a whole lot of opportunities that I wouldn’t have had in the greater metro area.”

By 1999 Peter had become a father and decided to move back down south to be closer to family. Peter moved into a position vacant in Gatton, a small rural town half an hour from Toowoomba. Once again, he was given many relieving opportunities in different roles.

“There was an interesting one where I worked in Toowoomba in what they called the district action response team. We were in plain clothes, driving around in beat up old cars, arresting drug dealers, sitting off drug crops, and a lot of really interesting but high-risk police work,” he said.

During his time at Gatton, Peter came close to losing his life on several occasions.

“A man had attacked his spouse and children and smashed up their house. When we got there, it was about three o’clock in the morning, all dark. He came running out with this big metal scythe, saying, ‘I’m going to kill you.’

Peter said it was an attempt at suicide by cop.

“It’s a syndrome where offenders try to take the decision and responsibility out of their own hands, by forcing police to kill them. These are people that are on a rampage, trying to end themselves in a blaze of glory. And the one way to almost guarantee it is to try and chop the head off a police officer.”

The man was involved with drugs and had previously tried to hang himself after a bad domestic incident. He was hanging from a tree when an ambulance arrived. When the paramedics tried to cut him down, he attacked them.

Peter’s sister knew the man. He was a father at her kids’ school. She said he had been, ‘a good dad.’ Unfortunately, he’d fallen on hard times, made some poor choices and life had spun out of control. A sad story.

Knowing when enough is enough

After several confronting incidents including being shot at, Peter relocated back up to Far North Queensland. He was promoted to sergeant and had the opportunity to relieve as the officer in charge of Mareeba for some time.

To remove himself from shift work and the operational elements of policing he then moved to the police academy. He did a range of different roles including managing the intakes of new recruits as a senior sergeant, working at the leadership centre and the project coordination unit.

Peter also spent some time in dignitary protection, including looking after heads of state at the G20 World Summit.

The fallout of unresolved trauma

In our conversation with Peter, he skipped over his near-death experience onto other things with barely a pause. We asked what it had felt like and how he had dealt with it…

“Back then I would’ve said it was no big deal. And I know I handled it bravely at the time. But because I’ve learned more about the consequence of operational policing like post-traumatic stress disorder (PTSD), I’m a bit smarter now. The most important thing was being able to admit that, yeah, of course I was scared. It was terrifying. I’d thought I was calm and stoic at the time, but in reality, I was in mortal terror.

I’ve had some similar dangerous experiences when I look back on it. I’ve had a gun pointed at me. Luckily the gun didn’t go off. I charged at him, knocked him over and he lost control of the firearm.

Once again, my rationalising was that I’d been calm and handled it well, but with the wisdom and insights I now have, I acknowledge that it was a terrifying situation and all those life-threatening experiences feed into post-traumatic stress. What you need to do is process those terrible things and give yourself time to work through with positive mental health strategies.

But police bravado, particularly amongst men was prominent. In that era, it would’ve been thought of as weak to admit to being afraid or scared.”

If I was to have my time over again, I’d do lots of things very differently.”

Peter said one of the most challenging aspects to PTSD is hypervigilance. For police, incidents occur in the community, so it gives the feeling of not being safe anywhere.

Police are constantly performing risk assessments of their environments. This is important in an operational context, but it significantly intrudes into normal day to day life. Partners and loved ones notice the changes and it affects them too.

Towards the end of his service, operational policing was becoming challenging. “I always felt like I was very lucky things had gone my way and that I was going to run out of luck eventually because I’ve had a lot of close calls. The guy who tried to shoot me for example. The only reason he didn’t kill me is the gun just didn’t fire,” he shared.

Peter knew he needed a change in career. He was accepted for a role in the Department of Justice, managing training. However the trauma from his past moved with him, so he sought appropriate medical advice and treatment strategies.

Many of our graduates come from police, emergency services and defence, and PTSD and hypervigilance is a common story. These professions call for a person to put their life on the line, and witness things that the average human will never have to endure. This takes its toll.

Fortunately, more and more support services are now available to help these brave individuals to deal with the physical and mental fallout.

Peter is now processing, unravelling and clearing years of occupational trauma. “My medical team has been very supportive and recommended a modified military PTSD course, tailor made for police and emergency services, run by one of Australia’s leading PTSD experts – Dr. Khoo.”

Peter also accessed career transition support services through Fortem Australia – a police and first responder support organisation. Fortem recommended he get in touch with Churchill Education for recognition of prior learning.

Peter was connected with Churchill skills recognition advisor, Amanda Smith, who worked with Peter to ensure that ALL his experience was eligible for RPL. Peter had resigned as a sergeant but had significant acting senior sergeant and officer in charge experience. Being able to include this experience meant that Peter was able to go from diploma level to the higher advanced diploma level (Australian Qualifications Framework level 6).

What’s next for Peter?

Peter’s career prospects are much stronger with the recognition his nationally accredited qualifications added to his profile and his resume. He continues to gain confidence in his after-policing life and is often sought out by his policing colleagues for advice around RPL and life after ‘The Job’.

“I’d encourage anybody, particularly police, who realise they need to move away from law enforcement and would like to prioritise family time, to get their experience converted into national qualifications through the RPL process and consider a career transition.

The team at Churchill has been great. They can guide you to get your service acknowledged. It means you can carry your experience to new industries and new roles. The value of your policing experience goes beyond the police role and is recognised as an asset to other agencies.”

Leaving any profession means redefining your identity, and this can be a difficult transition period. Who are you without the uniform, badge and gun? Or whatever defines your profession?

Qualifications that reflect the versatility and transferability of your skills and experience open doors to new careers, vocations and identities.