MAKE THE MOST OF YOUR EXPERIENCEBook A Free Assessment
HomeBlogRPL Case StudiesCase Study: Mining Industry RPL – Gone Bush to Running the Show

Australian mining expat, Jeremy Stone spared us some of his time, all the way from Madagascar, where he is currently living and working, to talk to us about the mining industry. In this report Jeremy shares some of his fascinating story, how he got into mining, why he loves it, the role RPL (recognition of prior learning) played and advice for others wanting to work in the mining industry. 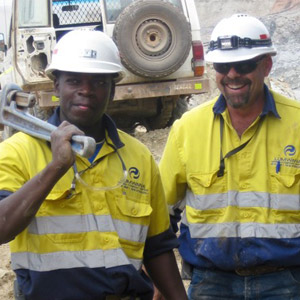 Jeremy’s path to his current role as Mine Operations Manager for a large mining company in Madagascar was definitely not a straight line. Instead it was an adventure with plenty of twists and turns.

Jeremy says he was 32, working as a sales rep, paying off a mortgage when he had an epiphany. He’d been feeling uninspired and restless, so when he got the call from one of his former colleagues that drivers were needed for a community road construction job in the Northern Territory, he knew it was the adventure he’d been waiting for.

So, he upped sticks and moved “out bush” to Arnhem Land, Northern Territory.

He says he started as a roller operator, and then because he was a diligent worker, was given many other opportunities. It was during his time on this job, “out bush”, that he also learnt to operate a front-end loader, grader, dozer and dump truck.

Aside from the excitement of new challenges, Jeremy says he found this job incredibly satisfying because he worked with many indigenous people, and felt accepted and trusted by them. To the extent that he was on occasion invited to their tribal ceremonies – not normally for white fellas.

Starting from the ground up, “getting in and getting his hands dirty” would become an invaluable skill as he worked his way up the ranks to managerial positions.

The key he says to managing people effectively, is earning their trust. And the best way to do that he says, “is to show them you’re happy to get in and do the same jobs as them”.

A Career in the Mining Industry…

On the strength of his plant operation experience in NT, Jeremy got a job as an operator with a big mining company in North West Queensland, during last decade’s mining boom. 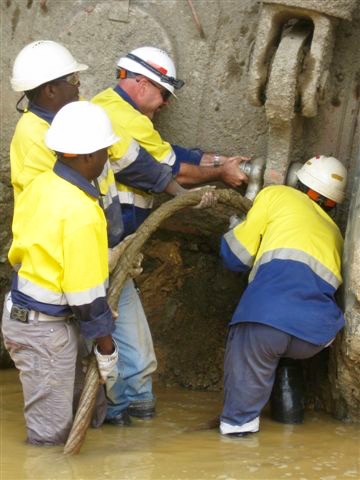 After he’d been there a while, there was a day when he got called into the supervisor’s office…

“He gave me a phone and a radio and told me I was the new pit leading hand. I didn’t have a clue what to do but I had to figure it out quickly – we had 42 dump trucks, loaders, shovels, dozers… And moved 180,000 tonnes of dirt per shift!”

The supervisor told him that everything he needed to know about mining he would learn in this pit. Sure enough, he eventually worked his way up to be a crew supervisor.

It goes to show that hard work and dedication pays off.

And then the GFC hit. He says, “The bank wanted its money back”. Which meant that within weeks there were voluntary redundancies offered, and then forced redundancies. In the end staff numbers had to be cut from 105 to just 52.

And as supervisor, it was Jeremy’s job to “walk them down the green mile”.

As challenging as that experience was, he said it “taught him to be resilient, adaptable, and think on his feet.”

…All great qualities for any position, particularly at management level.

Which brings us to the next part of the story.

RPL – Recognition of Prior Learning

For Jeremy to further his mining career, he required formal qualifications. Instead of studying what he already knew from his real life, on the job experience, Jeremy explored RPL, as a way to gain the qualifications required.

Fortunately, over the years he’d been collecting evidence of his roles and responsibilities in the form of photos, video, paperwork, procedures and budgets. So the process of converting his years of mining experience into nationally recognised qualifications was, he says, “easy”.

So just what qualifications did Jeremy’s years of starting at the ground and working his way up convert to?

Jeremy’s Churchill Skills Recognition Advisor – Kelly, found that Jeremy was eligible for an impressive list of qualifications based on the evidence he provided.

From the list of qualifications in his RPL assessment, the four he has completed are:

These qualifications tie in nicely with a key employment trend we’ve noticed over the past 12 months – employers looking for candidates with a balance of skills, including business, technical and a specialist skill.

Is Mining for you? Why does Jeremy love it?

Now mining isn’t for everyone. It requires shift work, you often have to either live remotely or fly in fly out, and the work can be gruelling.

So, we asked Jeremy why he was so passionate about it.

Most of all he says he enjoys being accepted into whatever community he’s working in, whether that be in remote Australia, Zambia, Egypt, or Madagascar. He says it brings him great satisfaction to know that he is transferring his skills to the local population, helping them to be self-sustaining.

And aside from that, the pay is pretty awesome and most roles come along with very generous travel allowances.

We asked what his top three fave destinations are, and to give you a feel for how well travelled Jeremy is, he said he’d list his top three per continent instead!

With the mining industry regaining momentum in Australia, and plenty of opportunities for expats in a variety of international locations, it’s certainly an appealing industry for many reasons.

How can you get into the mining industry?

Jeremy’s advice is, “have a go, put yourself out there, and go where the work is.”

He also says that whilst you can start at the bottom and work your way up the way he did, there are many different roles in mining. He says it’s not only about driving a truck or a bulldozer, there are also plenty of jobs in IT, trades, administration, project management, security and plenty more.

But if you don’t have much experience or transferrable skills under your belt yet – follow Jeremy’s example and start from scratch, work hard and be up for an adventure!

If you would like to get into the Mining industry, or any industry for that matter, make sure your past experience is fully recognised by formal qualifications. RPL means you don’t need to study what you already know. Apply for a free assessment by completing the form below, and put your best foot forward!