[Case Study] RPL in a Day – After 5 Frustrating Months

Before Loraine Wardle got in touch with Churchill Education, she was in a state of extreme frustration. She had spent five months and many hours applying for RPL (recognition of prior learning) qualifications with another organisation.

It should have been a straight forward process of providing evidence for a certificate that she was more than qualified for, in order to start a job she had already been accepted for. She says she’d filled in all the paperwork, uploaded her relevant documents and her manager was happy to discuss any questions they may have had. 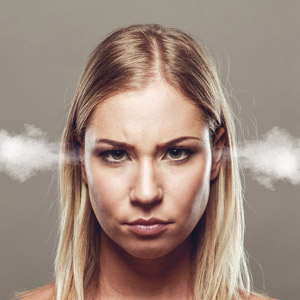 But she says when she tried calling them, she would have to leave a message, and when someone did eventually get back to her they’d always say something was still missing or hadn’t been done the way they needed it done.

Loraine says, “When you’re working 70 hours a week, for three weeks straight, you really don’t get time to faff around.

At this point she says,

“I was really, really frustrated. I threw my hands in the air, and said, I don’t know what I’m going to do.”

And that’s when her Manager suggested she give Churchill Education a call.

Loraine spoke to Kelly – one of our Skills Recognition Advisors and says:

“Kelly was fantastic. I just sent everything through to her. I bombarded her with emails throughout one afternoon. By five o’clock that afternoon, she’d called me and said, You’re going to get your qualification, we’re going to give you a Certificate IV in Work Health & Safety.

Kelly was able to achieve in one afternoon, what the other organisation hadn’t completed in five months. Loraine says, “This woman’s amazing. She put in so much effort that afternoon.”

Loraine says not only will the qualification mean she has everything she needs to start in her new position, but it will also set her in good stead for the future:

“It makes a big difference to me because moving forward from this project, I’m still going to be working in this safe environment, hopefully. And, I’ll be able to utilise my management skills, as well. So that could mean a huge increase in wages.”

Loraine’s story is a great example of why making the most of your experience is important not just for now, but also looking further ahead to the future, and what your next steps might be. Your skills and experience are an asset, make the most of them.

Loraine’s experience is also a great reminder to entrust the process of your RPL to a customer-focused organisation with years of experience.

It can either be a straight forward, smooth process. Or, as Loraine discovered, a complete nightmare.

If you prefer smooth and straightforward, get in touch. We’d love to help you get the recognition you deserve through RPL.