MAKE THE MOST OF YOUR EXPERIENCEBook A Free Assessment
HomeBlogRPL Case Studies[Client Story] More Qualified than the Boss! 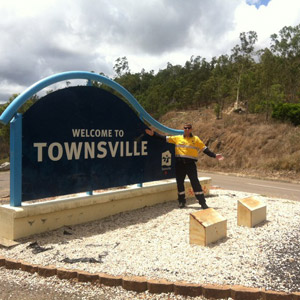 Dave is now more qualified than the boss!

Churchill Education graduate Dave is the National Petroleum Technical Advisor for Broadspectrum – a company employing 24,000 people globally. Dave says his current position is thanks in large part to the four diplomas we were able to award him with through recognition of prior learning (RPL). This new position has meant a substantial pay rise, a new company car, and new opportunities.

Dave has spent most of his working life in the petroleum industry. After he finished high school he commenced work with BP as a depot yard hand.

He was with BP for four years, and then decided it was time for a new challenge. He joined the Royal Australian Air Force (RAAF), and moved into petroleum management and refuelling tank management.

After 11 years in the RAAF, Dave knew it was time to leave defence and find a position that better suited the needs of his young family.

After a couple of interim years as a tanker driver for a private company, Dave was accepted for an entry level position with Broadspectrum. After 12 months he worked his way up into the position of Queensland/NT Manager.

This was great news of course, but he says it was a struggle to progress through the corporate ladder any further.

Why? Because he didn’t have the national qualifications that benchmarked his experience.

“Defence told me they were going to give me the world, and all I walked out with was a partially completed Certificate IV, which everyone looked at and laughed. High school kids are getting more than that now,” he said.

The company recently went through a restructure, which opened up some new national management roles. Dave expressed interest, but the recruitment manager told him he wasn’t qualified:

“You have the physical skills and experience, but on paper you’ve got nothing.”

And that’s when Dave gave Churchill Education a call….

Within a few days, he received the news that he was eligible for not one, but four diplomas through the recognition of prior learning process:

Dave says, “When I presented those four diplomas to the recruiting manager, he was shocked!”

Dave got the job!

Those four diplomas were enough to win Dave the job….

Plus a significant pay rise and a new company car.

He now jokes that he’s more qualified than the boss!

What’s Next for Dave?

Dave’s next goal is a Bachelor of Business. And the great news is, his Diplomas will count as credit towards any further university study he will be required to undertake in order to complete that qualification.

Whilst Dave is in a great role right now, with a bunch of Diplomas to his name, the company operates on a limited 5-10 year contract with defence, so he is wise to look to the future.

Qualifications are an insurance policy and an investment in the future.

What does Dave say to others who are looking at transitioning out of defence?

“Contact Churchill and see what you’re entitled to. I relied heavily on the defence RTO system when I was leaving, but it didn’t hold much weight. I would have been better off coming through a company like Churchill so I could have had something under me to push through with into the corporate world.”

Now recruitment is part of Dave’s job and he’s seeing things from the other side of the fence – applicants with years of great experience, but no qualifications:

“I’m recruiting for a position at the moment. One applicant has bucket loads of experience, but doesn’t have the qualifications so he’s pipped at the post by everyone else, unfortunately.”

Dave also shared that this applicant is mid 50s.

By the time you get into your late 40s, 50s and 60s you have years of great experience behind you, but we speak to so many people in this age bracket who have been repeatedly overlooked for positions on account of their lack of qualifications.

And many of these people have gone on to convert their experience into qualifications with us, and it’s been a total game changer for them.

No matter what stage you are at in your career, make sure your qualifications reflect your experience. It’s an investment in your future.