Goldfields mining safety expert Brendan Hughes was recently promoted to site superintendent thanks in part to the qualifications he achieved through recognition of prior learning (RPL) with Churchill Education. In the following story, Brendan discusses his army background, 15-year mining career, returning to Churchill seven years after his first round of RPL, FIFO life, and advice for others seeking advancement in their careers. 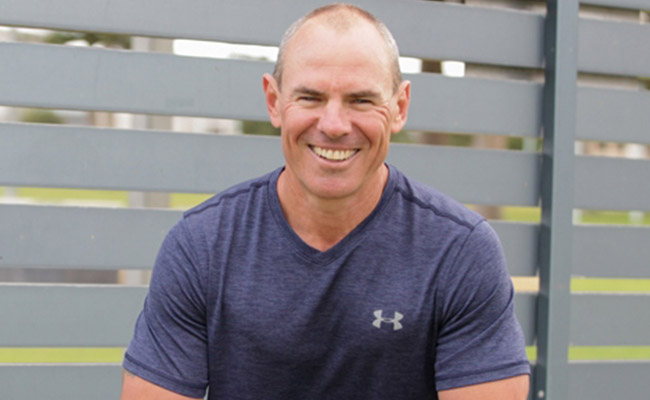 Prior to mining, Brendan served in the Australian Regular Army. He had joined as a 20-year-old bachelor. 16 years later, married with two children life was very different and his priorities had shifted. Brendan left defence and went straight into the mining industry in a training capacity.

Earlier in Brendan’s mining career he worked in offshore oil and gas, and iron ore. In the last couple of years he has been working as a safety advisor with an established mining company, in the West Australian goldfields.

Brendan originally contacted Churchill Education for recognition of prior learning (RPL) back in 2013. At that time Brendan was working in a management position on an oil and gas project. His qualifications at that time were at a Certificate IV level. Brendan says, “I wanted to boost them up to enhance my career, and I needed the paperwork to back my skillsets.”

Based on his experience, Brendan was able to achieve a Diploma of Management through RPL. The diploma helped him to move from oil and gas, into a position in open-pit mining.

This year (2020) Brendan has been back for more! With plenty more experience since his first round of RPL Brendan was able to achieve three great diplomas:

We asked what Brendan’s motivation this time was around. Here is what he said…

“Well funny you should ask. In the last 48 hours I’ve actually just been promoted to superintendent. That’s very much on the back of these qualifications.”

This will translate into an increase in income and being responsible for the safety and welfare of a goldmine that employs 200 people, and operates 24 hours a day, seven days a week.

Mining and FIFO are largely synonymous, particularly in Australia where many mine sites are remote.

Brendan works a roster of two weeks on and one week off. He lives in Perth with his family for his week off, and then it’s a 90-minute flight to get to site where he is responsible for ensuring safety compliance.

“At 3:30am I awake before my alarm, programmed from years of rising early. I move quietly to the bathroom, careful not to wake the dump truck operator in the adjoining room. I shave, don the high-vis uniform I’ve laid out the night before, then march out the door to the mess for a quick breakfast. I pack my lunch then drive to work, arriving onsite just before 4:30am. The next 12 hours are focused on safety compliance and promotion across three open pit gold mines. I repeat this routine for 14 days straight. Although challenging at times, there’s a special quality and personal pride in the self-discipline of it all.”

When asked if it’s challenging being away from his family for so long, he admits that it was tough when his kids were little, but now that they’re grown up and have their own life, and his wife is also a full-time professional it works well.

Then laughs and says that if he’s home any longer than a week they can’t wait to see the back of him!

In all seriousness, Brendan says he feels very grateful for his job, and particularly his new promotion in a time when unemployment is at historic highs.

He says he also feels very proud to work in an industry that has been described as the heartbeat of the economy. “We use that as a motivating force to drive us, so any shortfalls or self-pity that we might be thinking, we just don’t let that happen. We just get on with it.”

What advice does Brendan have for others who might be looking at progressing their careers and considering recognition of prior learning, or perhaps are not even aware of it?

“Absolutely go for it because it’s real. I’m a testament to the fact that you need that paperwork to really quantify your experience. Employers do look at it, 100%. I’m living proof of that.”