How Robert used RPL to Get his Dream Job 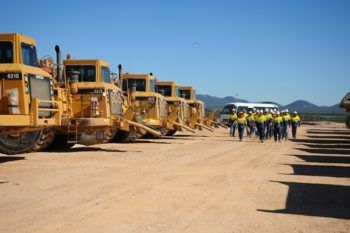 After working in a high-pressure management position, Robert Boyd secured qualifications through Recognition of Prior Learning (RPL) and his past experience and landed a rewarding mining construction role.

The problem came to be that I was managing staff, and [had a role] with huge amounts of stress, I’d started a family and it was then that I decided to get back into construction.

So, Robert got proactive.

Robert spoke to us at Churchill Education after finally moving into a Health and Safety role for a mining construction company. He was ready to take that next step in his career, and we talked about turning this experience into nationally recognised qualifications through a process called RPL (recognition of prior learning).

Since then, Robert has gone on to use RPL to earn two more qualifications in management and business. ‘Because of the grounding I had, particularly in legislation, coupled with the qualifications I now have, I’ve gone from step to step.’ It was obvious when talking to Robert that we were talking to someone who has really hit their stride and that he genuinely enjoys the work he’s now doing.

Robert told us he’s been able to more easily show his comprehension of work health and safety legislation since earning his Advanced Diploma.

‘It was for a role. I knew that I couldn’t advance to a higher health and safety role without the qualifications. I just wouldn’t be able to. But, with the assistance of you guys, I’ve basically been able to step-up from a Safety Advisory role to now knocking on the door of a Safety Management role.’

Robert now works on a liquefied natural gas (LNG) mining construction project on Curtis Island as an Environment Safety Health and Training Supervisor, a role he credits to getting with the help of his qualifications.