Gareth Rochester is an Infantry Major in the Australian Defence Force. In preparing to transition to the civilian world, Gareth approached Churchill Education about getting Recognition of Prior Learning (RPL) to translate his Defence experience into civilian qualifications, and says it’s definitely been a worthwhile undertaking for him. 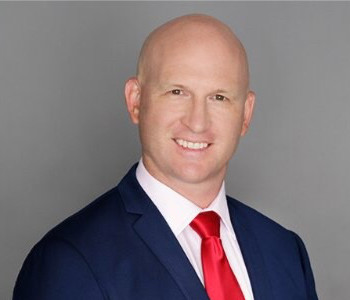 Garreth Rochester the Infantry Major
‘I wanted to quantify my experience in preparation for doing a CV,’ Gareth says. ‘I’m currently in Defence, however, I’m on long service leave working, so transitioning.’

Having his Defence experience and qualifications packaged into nationally recognised civilian qualifications was useful when it came to communicating to potential employers what he could actually do, Gareth says.

‘There’s still not a full understanding by many in the public sector of what Defence does and how much of a modern organisation they are. It’s a very agile environment, and a very responsive environment. In any skill or trade, each individual is very diverse in what they do.’

It’s these qualities that make Defence personnel quite versatile and likely an asset to companies in civilian world.

Gareth agrees. ‘You come out of Defence with a broad skill set, particularly in management and leadership, which are two things that are often spoken about but not completely understood. From what I’ve seen in stepping out of uniform recently, you have to try and market yourself in a way that fits in with the organisation that you’re aiming to work for.’

Gareth received a CPP50611 Diploma of Security and Risk Management and a BSB60615 Advanced Diploma of Work Health and Safety through RPL, and said he appreciated the guidance of John Brayshaw, Churchill Education’s Defence Specialist and Skills Advisor, about which quals were the best fit for the career path Gareth was pursuing.

‘John advised me on which were the most marketable qualifications. I didn’t feel pressured into going for bulk numbers [of qualifications], but for quality instead. I appreciated that and and people I’ve referred onto Churchill as well have been impressed by the advice given and the very professional manner in which they approach RPL.

I advised my sister to go and give John a call and he gave her some guidance and said, “Look, really you want to look at these avenues.” He put her in the right direction, as opposed to just getting her to commit to a diploma.’

The qualifications he received through RPL also gave Gareth credit towards tertiary study, a Master of Policing, Intelligence and Counterterrorism from Macquarie University, and he also saw the benefit when applying for jobs.

‘Quite a few of the jobs I was applying for actually required these qualifications, so it certainly helped.’

When talking to other soldiers who are considering transitioning, Gareth says he always recommends that they consider RPL.

‘Certainly shop around for the best deal and service and people that you come to – like anything, you’ve got to be comfortable with the people you’re dealing with. They can go to other organisations, but they’re a little bit more of a numbers game, getting the numbers through the door.’

The point of difference with Churchill was the customer service, Gareth says, and the integrity of the organisation. He also appreciated the ease of the process, saying that ‘it was completely painless.’

Gareth is now employed as a Senior Consultant, and we wish him all the best in his future career.