National Police Remembrance Day is a day where we honour and remember those who dedicated their lives to the service of our communities. Churchill Education Co-Founders, Tricia Velthuizen and Randall Smith share their personal experience, and remember, Lace, an incredible police officer who impacted not just Randall, but the lives of hundreds of others.

When I met Randall, it was through a social function. I was working at the Office of the Director of Public Prosecutions and our Christmas party was held in the grounds of the Old Boggo Road Gaol. Randall was stationed at Dutton Park CIB, right beside the Gaol and he sauntered his way across for a little socialising.

I remember Randall’s walk that night. It is a walk that still gets him recognised now, many years since he retired from the Queensland Police Service: “you a copper, mate?”

There is something about the way police walk that is recognisable.

There is also something about the way police serve that is memorable.

On Police Remembrance Day each year, the walk they take through our community in a spirit of service is formally recognised.

For the rest of the community, it is a date set for once a year.

In the job, though, it is a recognition and remembrance that comes throughout the year … from those who reach age retirement, to those who return their badges for new careers and those whose careers come to an end through medical retirement.

Sadly, each year, there are police officers whose service ends through their passing.

This year, Randall and many other Queensland Police officers gathered to mark the passing of a serving police officer: Detective Senior Sergeant Richard Lacey.

Richard Lacey, or Lace as he was known, was a man who impacted Randall’s life more than Lace realised. As he dressed for Lace’s funeral, Randall did something he has never done before. He pinned his Service medals to his suit. 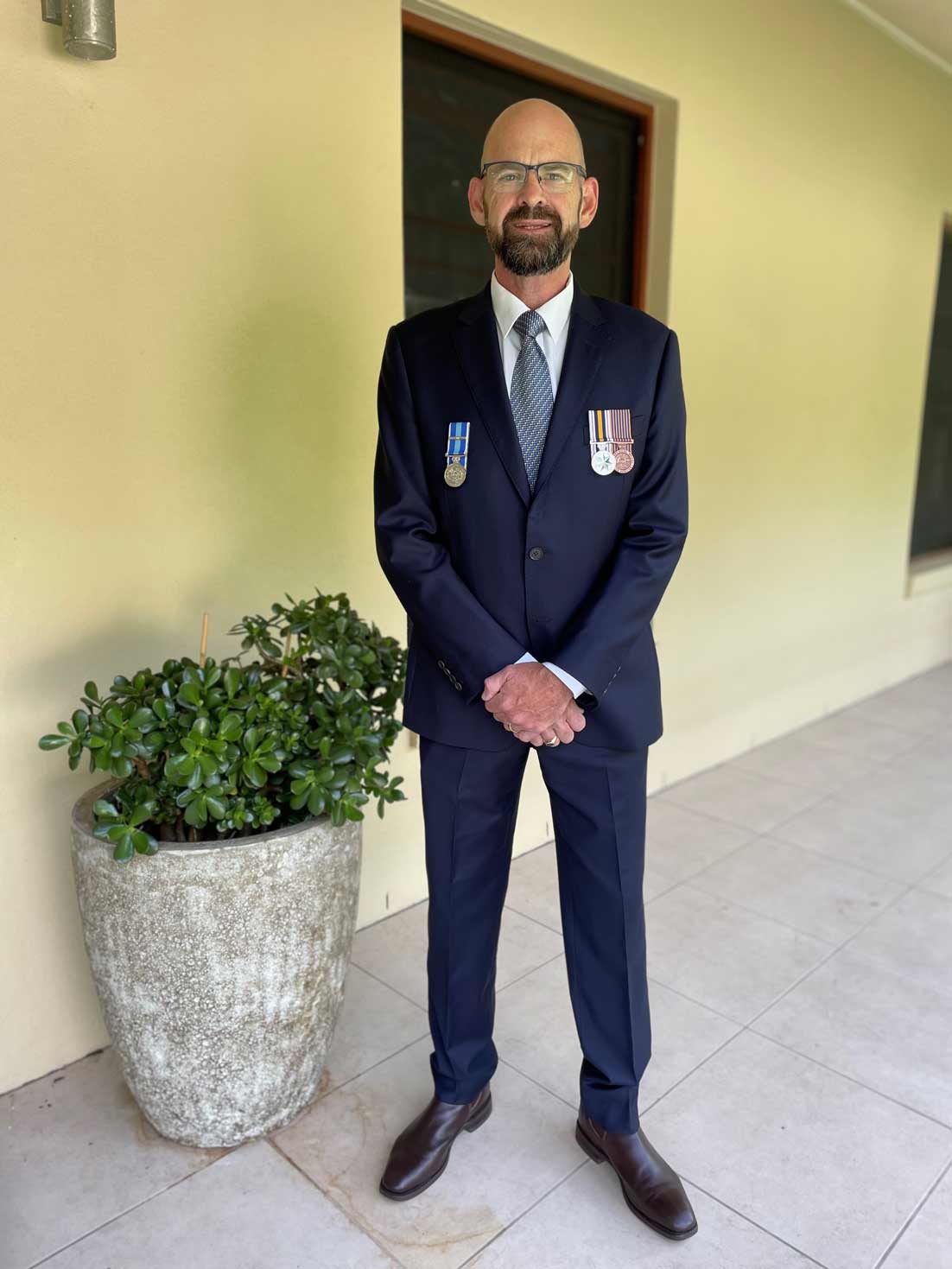 Lace was worthy of this symbol of respect.

He was a man who gave the job his all and did so by giving those serving with Lace his all. He was known for his big heart and his willingness to invest into the lives of others, sharing knowledge, wisdom, encouragement, and laughter willingly. Randall counted Lace as one of the two most influential men in his policing career. Lace would have brushed that off but when several hundred people turned out for Lace’s police funeral, it was clear that Randall was not the only person who held Lace in such high regard.

It was a day of Remembrance – of police coming together, current and former officers, bound by a common experience of service and the life of one fellow officer.

Randall was very moved by the time spent together as the Queensland Police gathered for Lace’s last weeks and for his final send off. The people he had shared his service with all drawn back together, all lined shoulder to shoulder to send Lace off … another funeral of one whose service may never be widely known by the community at large but whose legacy is beyond words.

Randall shared his thoughts with me of what that day of coming together to honour Lace meant to him – and so many others.

“The faces may be a bit more weathered but our shared stories of the past still burn strong. A brotherhood was formed long ago … we drift in and out of each other’s lives but reconnect in a moment’s notice. We are all taken back quickly to those times we have shared when we went to work not knowing what would come next.

We share those “Can you believe we got away with it” stories and then realise that one of those main personalities in that same story is no longer with us.

We do the maths in our heads and realise that the “old blokes” that we used to look up to weren’t really those old as we are nearing the age they were when we started our careers.

We remember those who paid the ultimate price and those who also paid a price that meant they can no longer serve, despite the desire.

We reflect on those moments when it was more a case of good luck than good management that spared us from being one of the names on the Remembrance wall. We think about those fun times we had together and then also recall that feeling when one of our own had fallen. The emptiness, the sadness and the “can’t believed it happened to them” thoughts.

We remember the moment we found about the passing of our friend, the previous friend’s passing and the one before and before and before. We reflect for the moment on the passage of time, struggling to believe it has been 1 year already … 5 years … 7 years. We know life goes on. There will be another funeral. Another Remembrance Day.

There will always be the memories for as long as there is the Service.”

As Police Remembrance Day is marked, we pay our respects to those Police Officers who have given so much in service of others.

And to the mate of many, Detective Senior Sergeant Richard Lacey, from Randall’s heart we share: Rest in peace, Lace. You will never be forgotten.

Stay safe on the job and if we can be of help to any police officers along the way, please reach out. We’re here to help.