MAKE THE MOST OF YOUR EXPERIENCEBook A Free Assessment
HomeBlogTaming the Black Dog: The Dream Became a Nightmare

Taming the Black Dog: The Dream Became a Nightmare 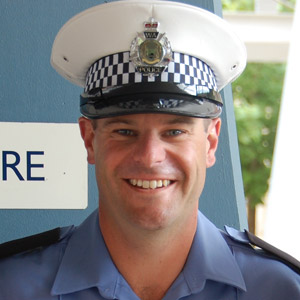 Police Officer – Brendan Maccione recently achieved five Diplomas and a Certificate III through Recognition of Prior Learning (RPL). A great result for anyone, but particularly significant for Brendan who had seen one major crash too many, reached a breaking point in a café with his young children and had to open up about the fact he was suffering the black dog of PTSD.

In this case study, Brendan talks us through the career doglegs that finally led to him realising his boyhood dream of becoming a police officer, reaching mental burnout, the difference recognition of prior learning has made to his self-esteem, and the charity that has become pivotal to his recovery.

Brendan first applied to join the police when he was in high school, through a government funded cadet program. Unfortunately, funding was pulled, and the program was discontinued. A senior police officer counselled him to, ‘Go away and get some life skills. Apply to the military and come back and see us when you’re ready.’ So that is what he did – he finished high school then joined the Army Reserves.

He says his time in the Reserves taught him a lot about, ‘Camaraderie and mateship’.

Simultaneously Brendan began what turned into a 10-year career in hospitality. First as a porter, carrying bags and driving cars, then as a concierge, and quickly worked his way up to managing a team.

This may seem like a world away from his police dreams, but he says he loved his time in hospitality because it was about meeting people and being of service. Not so far removed from police after all (minus a gun)!

Then he met a girl, got married and had two kids. When their first child came along it quickly became clear that the irregular hours of hospitality and limited salary did not meet the needs of his growing family. So he left hospitality and found a better-paying desk job, with RAC WA. He moved into a team leader role within 12 months and was also seconded across a process efficiency project, as an analyst and project manager.

One day, 30 by this stage Brendan was sitting in front of a computer and suddenly thought, ‘What are you doing? You haven’t achieved what you set out to achieve’. He recalled the senior police officer back in high school telling him to go and get some life experience then come back. He set a resolve to fulfill on his long-held dream to join the police.

But weighing in at 138kgs he had some work to do.

Inspired and supported by his family he underwent bariatric surgery, embarked on an exercise regime, cleaned up his diet and managed to, ‘Lose an enormous amount of weight’. Two years after his epiphany he was down to a weight he was happy with, completed all the testing and was accepted into the police in 2010.

The Dream Became a Nightmare 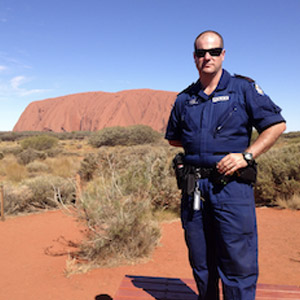 He started in the Breath and Drug Bus and Traffic Enforcement Group. He says he enjoyed his time there, as he had lost family and friends to road trauma, so he felt he was making a difference.

Then he decided to take up an opportunity for regional policing at Kalgoorlie. The role allowed him to diversify his skills and was more financially beneficial for his family.

From a policing perspective, Kalgoorlie is part of the Goldfields-Esperance District. At roughly the size of France, it is the largest policing jurisdiction in the world. Brendan was sworn in as a Special Constable in South Australia and Northern Territory which allowed him to do cross-border policing.

After four and a half years in Kalgoorlie, and thousands of kilometres of driving throughout the Goldfields-Esperance District, Brendan and his family relocated back to Perth and he took up a position as Investigator with the Major Crash Investigations Section of WA Police.

He says that whilst he, ‘Saw horrific things on a daily basis,’ he initially found the role, ‘Extremely satisfying’.

‘It is so satisfying to be able to bring closure to someone. To piece together the story of the last minutes of someone’s life. Or seeing others come through a serious crash and have an amazing story to tell.’

But it was also a challenging, and ultimately a traumatising job. Brendan says;

‘You’ve been at the crash scene, you’ve studied the scene intimately, you’ve seen the horrific sights of mangled bodies and mangled cars and motorcycles. Then you have to liaise with the family and talk about what you’ve seen and discovered.’

Brendan says he, ‘Attached heavily to the grief, and that vicarious trauma lifted the lid off a few buckets of my own’. In 2017 he was diagnosed with PTSD, anxiety, depression and stress-related burnout. He says he had been, ‘Over-investing in the work, and pushing my family away’.

We asked Brendan if there was a breaking point for him? When he realised he could not go on. There was….

‘I was in a café with my kids. I was feeling extremely stressed and hyper-vigilant. My adrenaline was pumping and I was checking exits, stereotyping everyone, looking at their hands, and sitting with my back to the wall to make sure no one could come up behind me.

The kids were asking if they could have milkshakes, then changing their minds. I just snapped. I yelled at the kids. Everyone in the café turned around and looked at me like I was the worst dad in the world.

That was the moment I realised I was struggling.’

Brendan spoke to his superiors about it. He was understanding and sympathetic, having had similar experiences of his own. He got Brendan the support and guidance he needed.

Opening up about how he was feeling and what he was going through wasn’t easy and is perhaps part of the reason he had allowed it to go on to the point of breaking in the café.

‘Wearing the uniform makes you feel 10 feet tall and bulletproof. There’s this expectation that you’re strong enough to deal with the realities of the job, and you can’t tell anyone about it because they’re going to think you’re weak, and not worthy of the uniform.’

But the reality is there are so many people in the police, defence and emergency services who are struggling but don’t know how to talk about it. 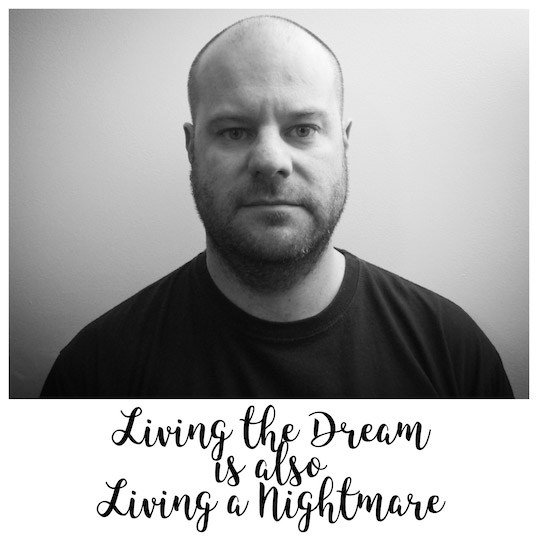 Brendan found the strength to speak out through Sirens of Silence. A charity set up by former paramedics, Lyn and Ian Sinclair, to support emergency services personnel, police, fire, and ambulance. After a spate of suicides in the ambulance service, loss of colleagues and after watching a story that aired on Sunday night television about a Police Officer who struggled with PTSD, which lead to his eventual suicide, Lyn and Ian felt there needed to be a support network in place to help people who are struggling.

Sirens of Silence aims to raise awareness of anxiety, depression, and PTSD. And help to prevent suicide amongst emergency service personnel. They offer peer support, educational and financial assistance.

Through being part of the charity, Brendan realised the benefit of speaking out about his experiences. The first time he ever told his story in public was at the Black Dog on a Lead Walk in front of hundreds of people. You can watch Brendan’s talk here.

As you can imagine, it was nerve-racking for Brendan to be up in front of so many people sharing the intimate details of his trauma. But he was blown away by the positive response he received.

Afterward a former SAS member approached him and said, ‘I heard your story. I’ve never told anybody else before, but I’m struggling, and you’ve encouraged me to go and get help.’

He says that was a, ‘defining point’ in his conviction to keep sharing his story and raising awareness around mental health.

If you are a current member of emergency service in Australia (police, ambulance, and fire) you can become a member here. Membership is free.

Sirens of Silence relies on donations as it is a free service, run 100% by volunteers. You can donate here.

A physical injury together with the stress associated with the job meant Brendan started to question the longevity of his job.

He also started to question what he had to show for nine years of policing – aside from a lot of heartache and pain.

He was talking to a colleague who said, ‘Why don’t you look at the recognition of prior learning? I used Churchill and they got me some great qualifications’.

Brendan got in touch, went through the assessment process and was able to convert his policing career into five Diplomas and a Certificate III:

Of his qualifications Brendan says,

‘I went from thinking that I didn’t really have much from nine years of policing to an amazing level of self-worth. It validated that the things I’ve done in policing actually equated to something.’

He also said, ‘Without a doubt, it is going to make me more competitive, whether that’s within policing or outside. I can now put my best foot forward and say, “Here’s my life experience and here it is validated on paper”.’

To Brendan, and all our police, defence, and emergency services personnel we say – thank you for your service.