MAKE THE MOST OF YOUR EXPERIENCEBook A Free Assessment
HomeBlogUltra-Trail Australia: Back Yourself and Believe You Can

Ultra-Trail Australia: Back Yourself and Believe You Can

Last Saturday, I achieved a goal I have been working on for the last year. I became an Ultra Marathon runner. And I did it on the same day I completed my first ever marathon – The Ultra-Trail Australia UTA50 – 50.3kms through The Blue Mountains, NSW. 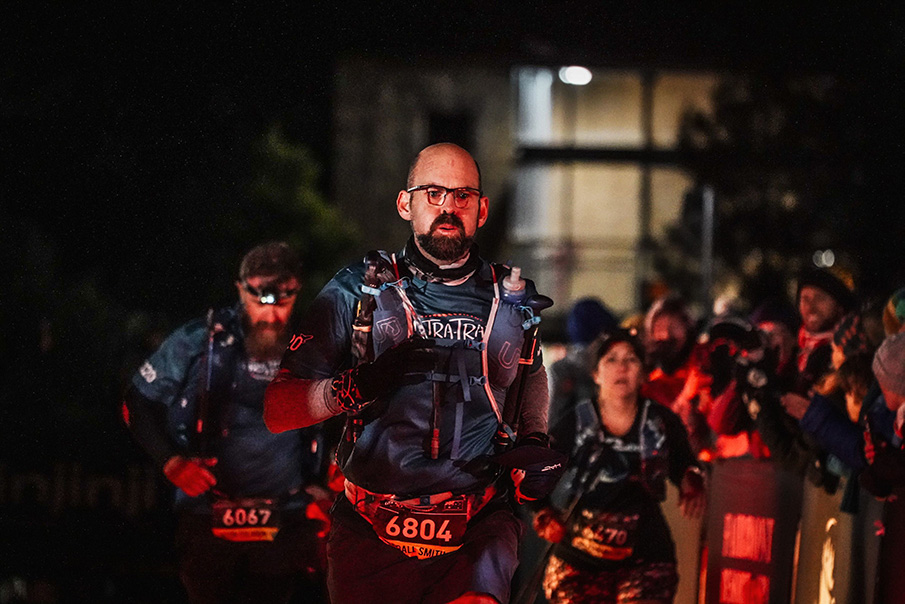 For those who knew me as a young fella, it is fair to say that I didn’t even run to get out of the rain.

When I entered the Police Academy there was a requirement to achieve a level of fitness across a number of different physical activities: an obstacle course, push/pull, dummy drag, chin ups, sit ups and a 2.4 kilometre run.

Prior to arriving at the Academy I was working in a bank and at lunch times I would slowly jog down to the Botanical Gardens and convince myself I was running.

I remember at my Entrance Interview the Inspector of Police raised her glasses and looked down at me when I tried to convince her that I had been exercising. I entered the Academy at 89 kilograms and exited at 91 kilograms, having already got a start on finessing my social life through beers with the boys.

Over the next 6 months our fitness was assessed.

I failed every assessment.

To assist me to increase my level of fitness, the Police Academy had a program called SUMO (Students Under Maximum Observation) …or as we knew it, Fat Boys Club. Each afternoon I was to attend the Fat Boys Club. I quickly worked out that once the roll was marked, I could slip outside the side door and head home. So, I did.

At the end of the 6 months, it came down to my final assessment: I needed 50% to pass the physical. It was make or break time. I worked out that if I was able to get a pass in the other disciplines I would only need to walk the 2.4 kilometre run. So, much to the frustrations of the Academy staff I proudly walked my 2.4 kilometres and achieved my 50% pass in fitness.

It was probably no surprise then that years later, when I was told that exercise was a particularly good idea for managing PTSD symptoms, I nodded and left it at that: a good idea for someone else.

I preferred taking tablets to taking a run.

In the last couple of years, though, something shifted in me.

I stopped taking the tablets and I started taking on the challenge.

I realised that it was never my legs that were the problem, not really.

My body was born to run. I even read the book to confirm it.

It was my ticker that needed some work – the part in me that believed I could.

I started walking, then jogging, then running. First the roads and then the mountain trails surrounding our home in Samford.

With every run, I realised that this trail running was just time really.  It takes time to reach your destination on the trails … and I had found the time. 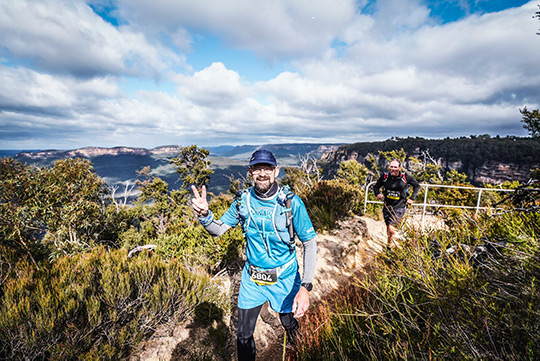 In late, 2019, I signed up with a few mates for the Ultra-Trail Australia 2020 event run by Ironman in the Blue Mountains. There were four options … 11 kilometres, 22 kilometres, 50 kilometres or 100 kilometres. My mates had done the 50km event previously and they were planning on doing it again. That was good enough for me. Fifty kilometres it was!

Then COVID struck. And the Ultra-Trail 2020 was off.

I understood. It was a question of this trail running really being about time still.

So, I kept running.

2021 came and with it, dates for the Ultra-Trail in May 2021. I dived into reading about the course, the event, the gear, nutrition and hydration. With a predicted 8800+ stairs to climb on the course, I added in stair work.

When the morning of the race rolled around, it was bloody cold. Standing at the start line, I had an edge of nerves that comes with the unknown.

Then the Race Coordinator started talking to our wave, the final wave to be released onto the trails.

He said, “You are not going to win this race. Let’s face it, if you were going to win, you had to be in the first wave. No, you are not the group that will be the fastest. But you can get out on the trails and have a great time. You can win the title of being the happiest group out on the trails. Look after each other out there and enjoy yourselves.”

And with that, we were off. 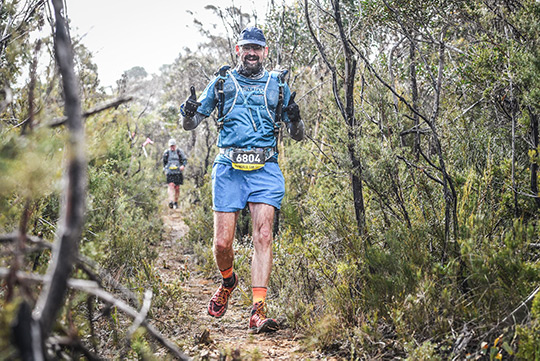 I ran along the cliffs, down the trails, climbed the ladders, tackled those 8800 stairs, 60000+ steps and 50 kilometres.

The race coordinator was right of course: I was never going to be the first across the line. I was not the most technically correct or experienced runner on the course. Nor was I the strongest – there are some tales of courage that leave me in awe.

But when I crossed the finish line 10 hours and 21 minutes later, I was most definitely a winner, a very happy winner.

It all came down to this one thing and it was not the kilometres, nor the time or my style.

It was simply that I achieved a goal that I set for myself and I had a ball doing it. Sure, the last 900 stairs to climb to reach the finish line were cruel but when Tricia asked me in the car would I do it again, I immediately answered with conviction: Absolutely!

I talk to people every week who are facing changes in their lives and they are not sure if they can manage it.

Maybe you know someone staring down their own doubts and uncertainties now. Maybe you are questioning yourself.

In case you are wondering, you can do it.

Maybe you’ve not been great at this stuff in the past. And sure, you may not be the fastest or the best in your field – but rising to the challenge is absolutely in you. It is in each of us.

Back yourself and put in the time. Find the reasons to be happy and look after the people around you.

I’ll be cheering for you.

P.S. Tricia tackled the 22 kilometre event and you can read about her experience over here.