MAKE THE MOST OF YOUR EXPERIENCEBook A Free Assessment
HomeBlogUnemployed at 55, to 3 Diplomas and a Job that Matters

Unemployed at 55, to 3 Diplomas and a Job that Matters

Supervisor of Facilities and Projects for Wesley Mission Queensland, Aaron Butteriss achieved three top diplomas through Recognition of Prior Learning (RPL). In the following story Aaron takes us through his construction career from working for his dad to delivering multi-million dollar government projects. To finding himself unemployed at 55, to gaining a job he loves, working on projects that make a positive difference to the community. 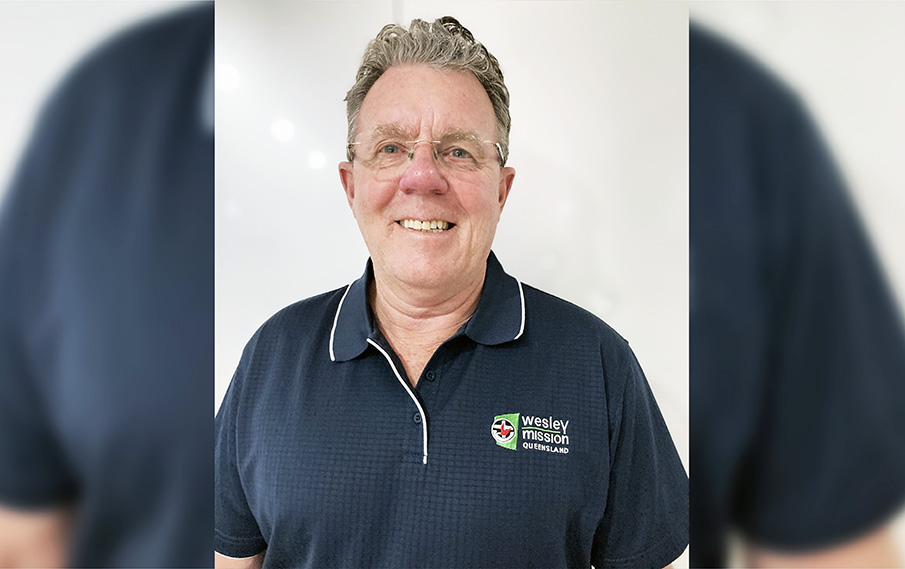 Listen to this story on The Churchill Experience Podcast…

Aaron left school with a desire to follow in his father’s footsteps by becoming a carpenter. But the building industry was in a slump at the time, so he started a metalwork apprenticeship instead.

It was two trains with an hour wait between them to work and back each day. On top of that, through no fault of his own he was injured and ended up on workers compensation twice in the space of two months. Meanwhile another worker unfortunately died by suffocating on welding fumes during the same period.

When the foreman pulled him aside and said, “We’ve got 10 apprentices. We’re only going to keep eight. Pretty sure you won’t be staying,” he took it as good news as he had already decided he didn’t want to spend his working life confined to a workshop.

Aaron floated around for a bit after that, before completing a carpentry apprenticeship with his dad.

After finishing his apprenticeship his dad nudged him out of the nest telling him,

“You can’t bludge off me all your life, time to go and do your own thing.”

His dad put in a good word for him with one of their commercial clients, and Aaron ended up contracting for them for the next 13 years, predominantly working on office fit-outs.

Dating the receptionist… Endings and beginnings!

Aaron started dating the company receptionist, but management didn’t approve since she was privy to the inner workings of the company, and they didn’t want any of the contractors having access to the information.

So Aaron left and went into the residential building industry, which he said was, “the worst financial mistake I ever made!”

But the good news is he ended up marrying that receptionist! Aaron and Janelle have been together 29 years and have two children.

Not wishing to spend his life chasing work pushing up house frames for minimal income, Aaron moved into building supervision roles firstly in domestic construction then back to commercial building, working on a diverse range of challenging hospital, education and supermarket projects.

When the GFC hit in 2007-08, and the construction industry once again flat-lined, Aaron moved into a project coordinator role with the QLD Dept of Education, delivering the Rudd Governments stimulus program called Building the Education Revolution (BER).

Aaron was responsible for coordinating the delivery of libraries and halls infrastructure across Far North Queensland and the Torres Strait Islands.

“I went up there for two years and put about $64 million worth of infrastructure into the region.”

Towards the end of his contract, he was offered the opportunity to work closely with the Program Director and Contracts Manager to address non-conformance of builders and project managers in discharging their contractual obligations in delivering BER projects.

“As Principal Project Coordinator (BER), I was responsible for the delivery of BER projects that had proven to be especially challenging through either, location, managerial issues, lack of diligence by stakeholders or a combination of all. My ability to conduct complex negotiations around contract obligations ensured that mutually acceptable solutions were achieved.”

After another 12 months in this role, which involved endless phone calls to ‘put out fires’, he was asked to work on setting up a program that would allow schools to engage building contractors directly from the private sector. In 2012 the Queensland Department of Education had a desire to untie from its traditional school maintenance methodology.

“In this role I had the pleasure of developing and implementing an initiative that successfully achieved alternate procurement and delivery methods for planned and emergent school maintenance. I succeeded in the challenge of using my project management knowledge to develop tools and training materials to allow schools to procure their maintenance subcontractors directly from the private sector.”

A decade later, Aaron was looking for change and a new challenge…

“After becoming very bored and disillusioned with public service life I had a bit of a head rush and left the confines and security of a management role in government to explore new challenges in construction management that didn’t work out as planned,” he shared.

He had accepted a role with a private building company on the Sunshine Coast, which was where he and Janelle wanted to live. But what seemed too good to be true, ultimately was. The business was not going well, and it became evident that the owner’s plan all along had been to sell it to Aaron.

Aaron walked away. “I had no intention of buying a company at that stage of my life,” he said.

At 55 Aaron found himself unemployed.

“Despite applying for six to ten roles a day and converting about one in twenty applications to interviews I was constantly coming a close second.

I had found myself competing against a younger generation with degrees and I was shackled with age, a lack of formal qualifications, and a lot of competition with applicants from southern states joining the race for Queensland jobs,” he shared.

With each failed job application, Aaron kept lowering his expectations, wondering if he’d have to give up his career and start from scratch at the bottom of the pay scale in something new.

He had over four decades of specific industry experience across all areas of construction, including delivering multi-million dollar public infrastructure projects, but only had a trade certificate and builders licence in the way of formal qualifications.

A friend who had made a big career transition told him about a government scheme offering assistance for unemployed mature workers to retrain and gain qualifications to assist in securing employment.

The Skills Checkpoint Program is a government initiative that gives support for mature workers (45-70) to remain in or re-enter the workforce.

Through Skills Checkpoint Aaron found out about Recognition of Prior Learning (RPL) and Churchill Education.

Recognition of Prior Learning – 3 Top Diplomas!

“I contacted Churchill Education to discuss converting my skills into tangible qualifications. The very helpful team at Churchill Education guided me through the process and I was able to demonstrate suitable experience to gain a range of diplomas.”

Based on the evidence Aaron provided of his experience, he was able to achieve:

Aaron gets the job!

“The day after I received confirmation of my qualifications, I interviewed for a project management role with one of Queensland’s leading aged and disability care providers and was able to present my new qualifications at the interview and secure the role.”

The position was with Wesley Mission. Aaron has already become an integral cog in the delivery of capital improvement projects that have directly and indirectly contributed to improving the well being of vulnerable members of society.

Aaron was one of the winners of a competition we ran recently, in which we asked respondents to tell us about a project they are proud to be working on. Aaron told us about a project he is currently working on with Wesley Mission, called Marcus Mission which is a community approach to suicide prevention aimed specifically at young men.

“The process was easy. I gathered up what I had and sent it off to Amanda who stayed in touch with me throughout the process.”

Aaron was delighted with his diplomas, but going through the RPL process also made him realise he could have been at an Advanced Diploma level, if he had been able to provide the required evidence.

Because a lot of his management experience had been with government, once he left the position, he had no access to any of his emails or files.

It’s a good example of why it is important to start banking evidence now. Not when you’re leaving.

“You see stories about people in their fifties who have lots to offer but can’t get jobs. Not being able to put your skillset into a qualification on paper is the biggest hurdle to get over when you’re looking for a job. Take that first step, make contact with Churchill Education or somebody similar, depending on the industry you’re in, because you don’t know what you don’t know.

Start gathering evidence before you leave… Keep a diary, emails, any proof you can of your work, organising meetings, managing people etc.”

3. Do something worth getting out of bed for

“You’ve got to be happy enough to swing your legs out of bed in the morning and be happy to go to work.”

If you would like to take a look at what qualifications you are eligible for, based on the work you’ve already done, get in touch…