MAKE THE MOST OF YOUR EXPERIENCEBook A Free Assessment
HomeBlogRemembrance Day 2021: Thank You For Your Service

Remembrance Day 2021: Thank You For Your Service

For Remembrance Day 2021 the youngest member of our team, Declan, interviewed our two Recognition of Prior Learning (RPL) Assessors – Nick and Trent, who are both ex-defence members. 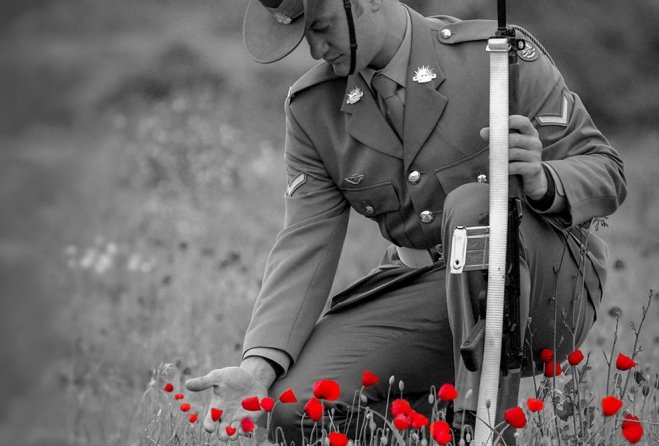 I wasn’t alive when 9/11 happened. However my entire existence has been in a world forever altered by that fateful day.

I wasn’t born when the first troops kissed their loved ones goodbye, leaving behind families to deploy to Afghanistan.

I haven’t existed in a world where Australia wasn’t at war.

At 19, I am the youngest of the team at Churchill Education, so for Remembrance Day 2021 I spoke to two team members with first hand insights into what this day signifies.

Nick and Trent are Churchill RPL assessors, and both former members of the armed forces with a bit more life experience under their belts about Remembrance Day and what it means to them.

Trent served for 9 1/2 years, and reached the rank of corporal before a medical discharge. After serving through Afghanistan in a new kind of war; for Trent Remembrance Day revolves around remembering peace and honouring the legacy of those who came before us. It reminds us of the pains of the past, and ensures we learn from the lessons of yesterday, whilst moving towards a better tomorrow.

As a Veteran, Remembrance Day is personal, it isn’t just unknown people Trent pauses to think about, it’s friends and loved ones he remembers.

“We often think about those lost on the battlefield, failing to remember those who suffered at home.”

For Trent, Remembrance Day is also about the memory of those who suffered from mental health struggles, and those who lost their lives to it long after the war ended.

It isn’t just defence members Trent remembers, it’s the Afghani citizens he served alongside, and who often paid the ultimate price.

Today, he pauses to remember them, and honour their commitment to a better tomorrow.

Trent entered the service with the hope of a better world. Having served as a medic, Trent witnessed the atrocities and sadness of war. As he and his partner raise a young son, he continues to keep his eye on the horizon of a kinder, more peaceful world.

Despite being from a different generation, and having a few more grey hairs than Trent, Nick shares Trent’s sentiments. Nick spent 47 years in the ADF, and reached the rank of major.

“We remember the souls who didn’t come back, we walk past memorials, we see gravestones of soldiers who didn’t come home but not often enough do we remember those who did return. Those who walked off the ships and planes, carrying not just a heavy pack, but the emotional toll such events have on a person.”

For Nick, Remembrance Day is a time to acknowledge the ongoing struggles and battles veterans face in continuing their lives after service.

Being a toughened former major, Nick isn’t an overly emotional person – but mentally, he feels the pain of fellow veterans who have suffered greatly.

As Nick approaches retirement, it is important to him that the younger generations understand the sacrifice so many soldiers gave, and to understand and remember the price that was paid for the freedom we enjoy today. Something many people gave their lives, relationships and peace of mind for.

Whilst he’s seen and been through hard times, Nick is also hopeful for a better tomorrow. As someone who served in the Army Reserves during Vietnam, Nick remembers how Vietnam veterans were treated when they returned home, compared to how veterans are treated today.

At 11am on the 11th of the 11th, Nick has a doctors appointment. But he will be one minute late – remembering the sacrifice all veterans have given, and pausing to appreciate the legacy they left.

I will never truly understand the sacrifice of serving in the armed forces, and the true toll of war.

Nor will I ever truly understand the pain of war, and the impact felt by war-torn countries.

But today, I pause, to remember those who gave everything and those who came home, carrying the burden of war and the hopes of a better tomorrow.

To all veterans we say a very heartfelt thank you for your service.