After 30 years of service in the Military, Kenneth Carter was diagnosed with Late Onset Type 1 Diabetes and had to be medically discharged. Following is his story of how he was able to use Military RPL (recognition of prior learning) to not only secure civilian employment, but to achieve a better quality of life for himself and his family.

With a background in Commando Forces and physical training he’d always lead a healthy life and didn’t see it coming.

At the time, he had no plans to leave the Military, and therefore hadn’t prepared to transition to the civilian world.

So how did it feel to be told he had to leave the Military after 30 years of service?

“Transition from the military to civilian street – it’s moving into the unknown. You’re not provided housing like you are in the Military, you don’t just move from position to position and jobs are guaranteed. You have to obviously prove yourself, and that was a period of significant stress for me.”

Kenneth (Ken)’s friends outside the Military were saying, ‘Ah, Ken, don’t worry about it. We’ve had six or seven jobs.’

“Well, I’ve had the one, I’m making that big transition which I am not familiar with,” he said.

A few of his Military colleagues recommended he apply for Military RPL.

“I had every intention of continuing my service. Like so many long-serving service people, I had gathered a great deal of experience in many different jobs but never actually taken the time to go and consolidate that experience and put it into anything tangible in terms of qualifications.”

After typing ‘recognition prior learning‘ into Google, Kenneth found Churchill Education, and in explaining why he decided to choose Churchill over other RPL providers says he could see that, “You’ve had experience in terms of helping servicemen settling to move through the transition from service to civilian life and that was really important to me. I’m talking to people who know, as opposed to people that will just see me as, forgive me for saying, a dollar sign”. 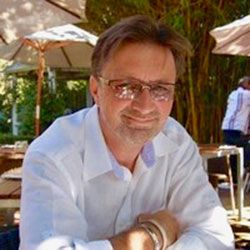 After the free preliminary assessment John prepared for Ken, was told he was eligible for BSB60615 Advanced Diploma of Work Health and Safety, and a CPP50611 Diploma of Security Risk Management.

In the evidence gathering stage, Ken says he was encouraged when John said, “Let’s capture your experience because it is valuable”.

Because says Ken, “In the Military, you take what you do for granted”.

In gathering evidence for the Diploma of Security and Risk Management, John said, “Well, think about it. You’ve been on military operations, you’ve set up base camps – all these are security and risk based”.

Ken said he didn’t realise it would count as evidence towards a diploma, because he says, “As so many soldiers do, we just get on with it. It’s what we do”.

The process of gathering evidence for Military RPL qualifications can often be very time consuming and confusing. So how did Ken find the process of applying for RPL through Churchill? “I didn’t feel that I had to do a great deal of work in terms of putting my portfolio together. John really helped me with that.”

Within days of receiving his RPL qualifications, Ken had two interviews for WHS positions and was offered both jobs!

Eight years on, Ken is still happily working in WHS and holds a management position.

Of the Churchill RPL process he says, “I do honestly believe without the help in terms of turning my experience into tangible evidence, I wouldn’t be where I am today.”

He goes on to say, “It’s not just about me, it’s about my family and our security as well. What it has brought me is a much better quality of life. I have more time for my family, after work hours, and weekends are mine.”

What Ken has to say about Churchill Education…

“Through the whole process – the good liaison, the good communication, correspondence; it was most helpful. No question was ever too difficult. Not only did I feel valued, the whole process really increased my self-efficacy, my confidence that actually, ‘Hey, I’ve got something here that companies will be interested in.’ “

“My heartfelt thanks to you ’cause obviously it goes beyond me to my family – we’ve all benefitted from your services.”

Ken’s advice for other Military personnel looking at transitioning:

“There’s not actually as much to fear as you first think. Many of the big companies out there value the experience that Military personnel bring – the discipline, the ability to work hard, the flexibility that comes naturally. But you’ve got to prepare yourself to be competitive when you come out of the military.”